This tribe inhabits a 25.000km big system of approximately 300 canals on the swampy delta of the Orinoco River. Some Warao also live east of the Pomeroon River in Guyana, Suriname, Trinidad and Tobago.

By the end of the 20th century, the population of the tribe was estimated at 35,000 individuals.

Before the arrival of Europeans, Warao lived in lands to the northwest of the Orinoco Delta and were an agricultural society. Increased colonization forced them to move further into the delta region and give up much of their traditional culture. 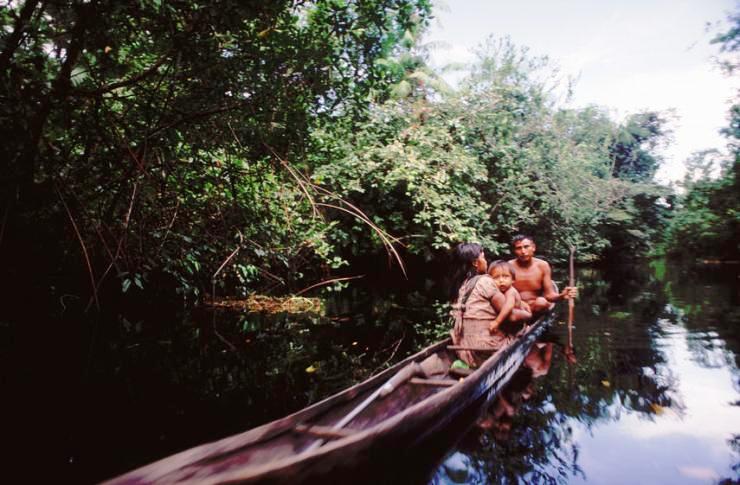 Warao first had contact with Europeans when, soon after Christopher Columbus reached the Orinoco river delta, Alonso de Ojeda decided to navigate the river upstream. Ojeda saw the distinctively stilted Warao huts balanced over the water in the delta. Similar architecture in Sinamaica, far to the west, had been likened to Venice, with its famous canals below and buildings above. This new encounter propagated the name of Venezuela ("little Venice") for the whole land. 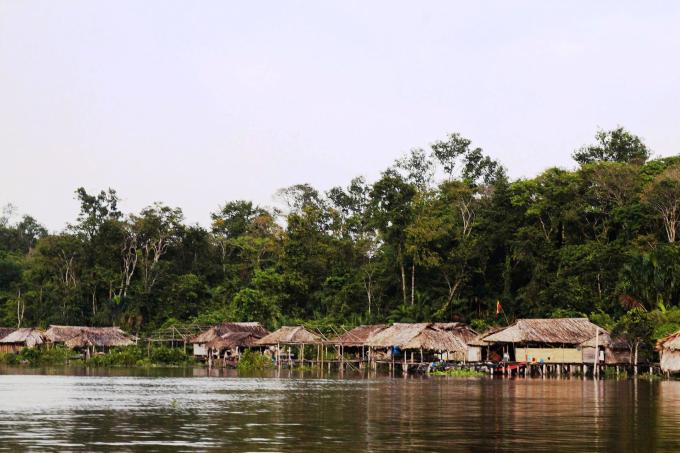 In the 60s, when the delta was dammed, the waters of Orinoco became too saline for river fish, which had a huge impact on the lives of the Warao tribe. They were no longer self-sustaining due to a lack of fish to feed their families. The Warao tribe has one of the highest rates of malnutrition in Venezuela.

In this wonderful natural network, the Warao people, or "people of the canoe," can be seen as the guardians of the river, a condition that stems from their founding myth. They are considered to be the descendants of the founder, who a thousand years ago arrived on the banks of the Orinoco River in a small boat carved from the entire trunk of a tree. 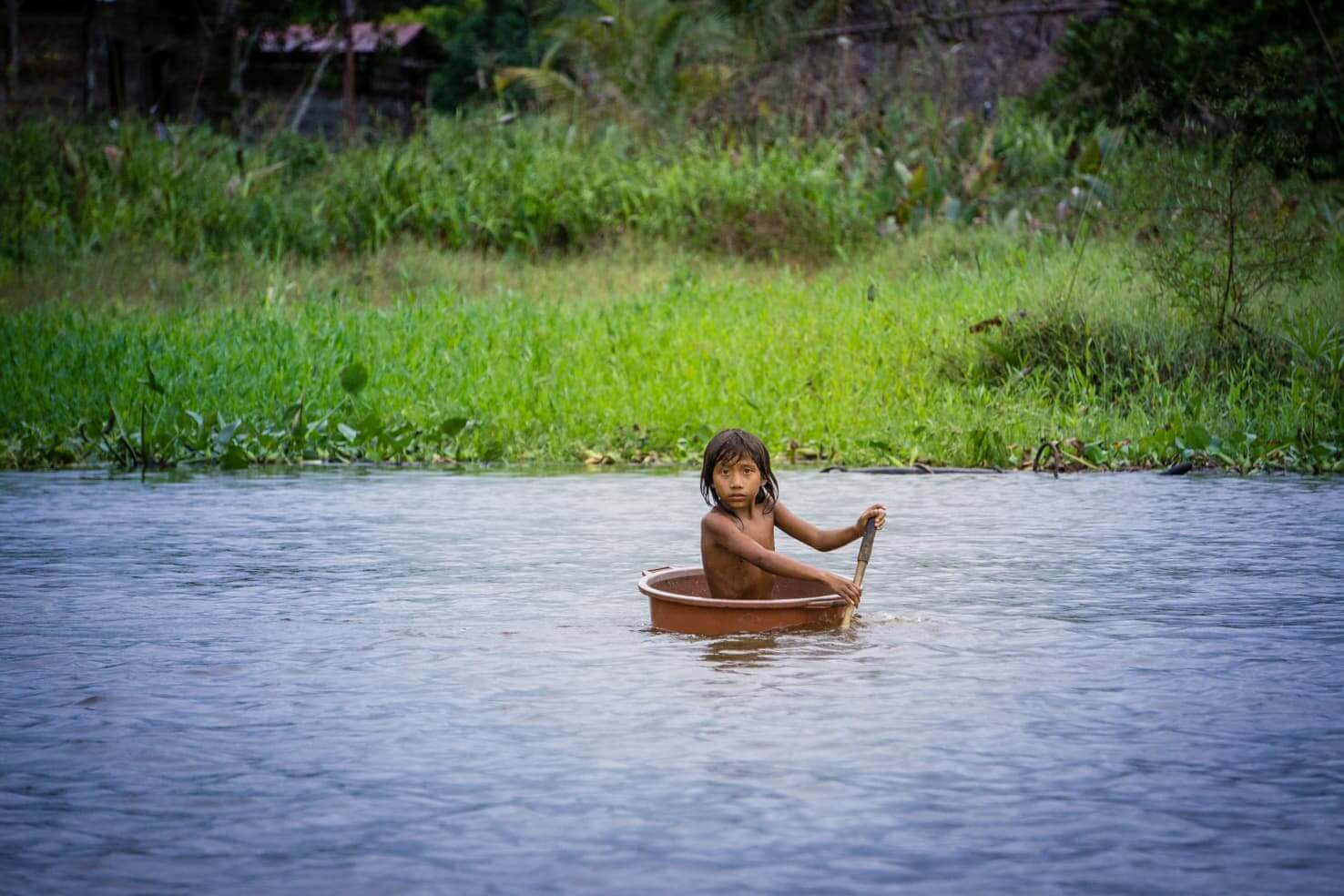 The warm and humid climate of the delta produces a mean annual temperature of 26° C, but early mornings can be chilly. The area is under the influence of twice-daily tides, which during the dry season between January and April bring brackish water upriver.

Traditional villages range in population from an extended household of 25 to clusters of household groups with 250 persons. Villages consist of several thatched huts in the shape of slender beehive huts. Villages can be built above a plateau of logs covered with clay in excessively swampy areas. 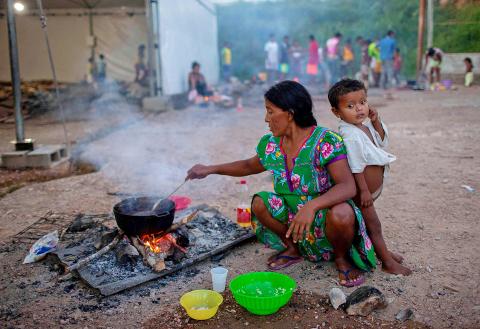 Warao feeds mainly on fishing and gathering wild plants, although cultivating bananas, sugar cane, watermelons, cassava, and chili peppers is commonly practiced in drier areas. Hunting is generally avoided due to cultural taboos. Nowadays, many of them work in the fields, kids go to school and they have occasional access to electricity running through generators.

The Mauritius palm tree is especially important - its sap is made into a drink that gives the trunk strength, the fruit of this palm is eaten, and the fiber is used for knitting hammocks and making clothes.

In wetlands, canoes are still a central element of the Warao lifestyle. Almost all older Warao men can build canoes, and all women can make hammocks. Skills are passed down from generation to generation.

They are known to be very pacific, but there are occasional outbursts of violent reactions to abuses by outsiders. The concept of knauobe, literally "the retribution of the head," is fundamental to the Warao and implies an ideal equilibrium with nature and between persons, but also vengeance.

Religious practitioners such as shamans and those who aspire to be expert boat builders serve apprenticeships. Both parents show affection to infants, but older siblings frequently take charge of routine child care. Role behavior, however, is learned from a same-sex parent. An important point in a child's life is when "consciousness strikes" at about the age of 4, and the individual is counted as a "human being." Life passages are marked by natural events such as menarche, when, at a special ceremony, a girl passes from an anibaka to a nubile young woman, iboma, and at the birth of the first or second child from iboma to adult woman, tida. The Warao share numerous cultural traits with other South American tribes. They resemble other river agriculturists in their village life and a social structure based on kinship, yet they also have unique and complex social classes of chiefs, priests, shamans, magicians, and laborers associated with the temples.

Their shamanic rituals and maturity trials are often similar to other Native American tribes in the tropical rainforest. But they are different - the Warao have priests, temples, and idols that they worship. They also worship the supreme creator god.

Due to the oil and mining industry, the Orinoco River is very polluted. It doesn't provide them with food but diseases.

Warao leaders have drawn attention to the pollution caused by the oil industry and the displacement of communities caused by the construction of the Caroni dam. This dam is likely to become inoperative within 50 years due to the sedimentation resulting from timber companies' extensive destruction of the surrounding forest. 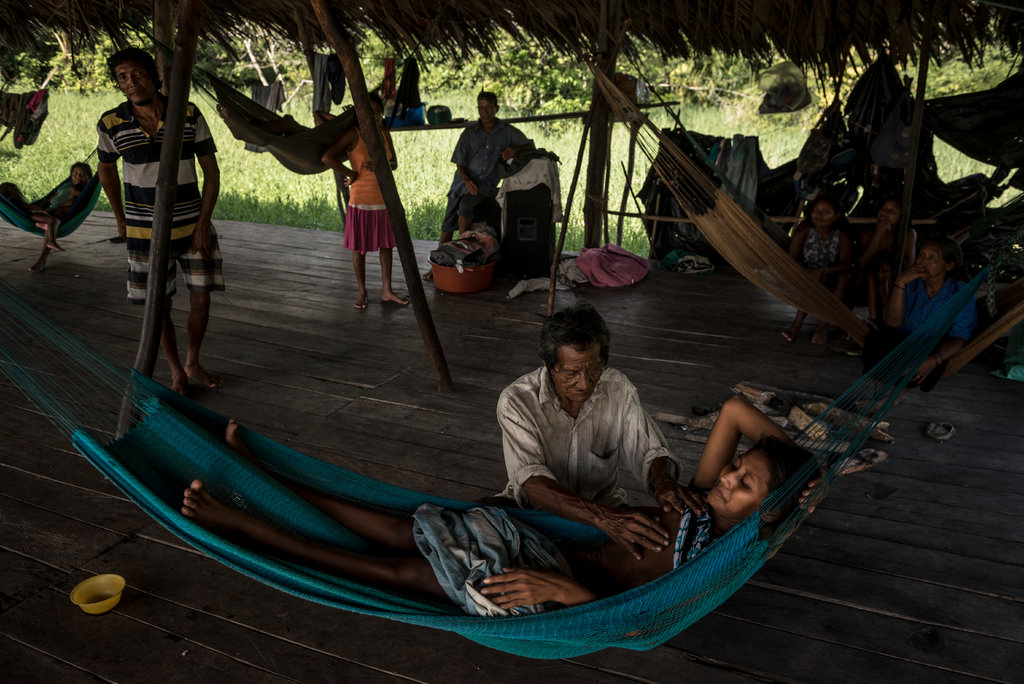 One of the greatest challenges faced by the Warao is access to adequate health facilities. These facilities are spread out across 22,500km2, and staff often do not have enough fuel and motorboats to visit patients. Infant mortality amount the Warao is 20 times higher than that of the general population and is largely due to easily preventable diseases. 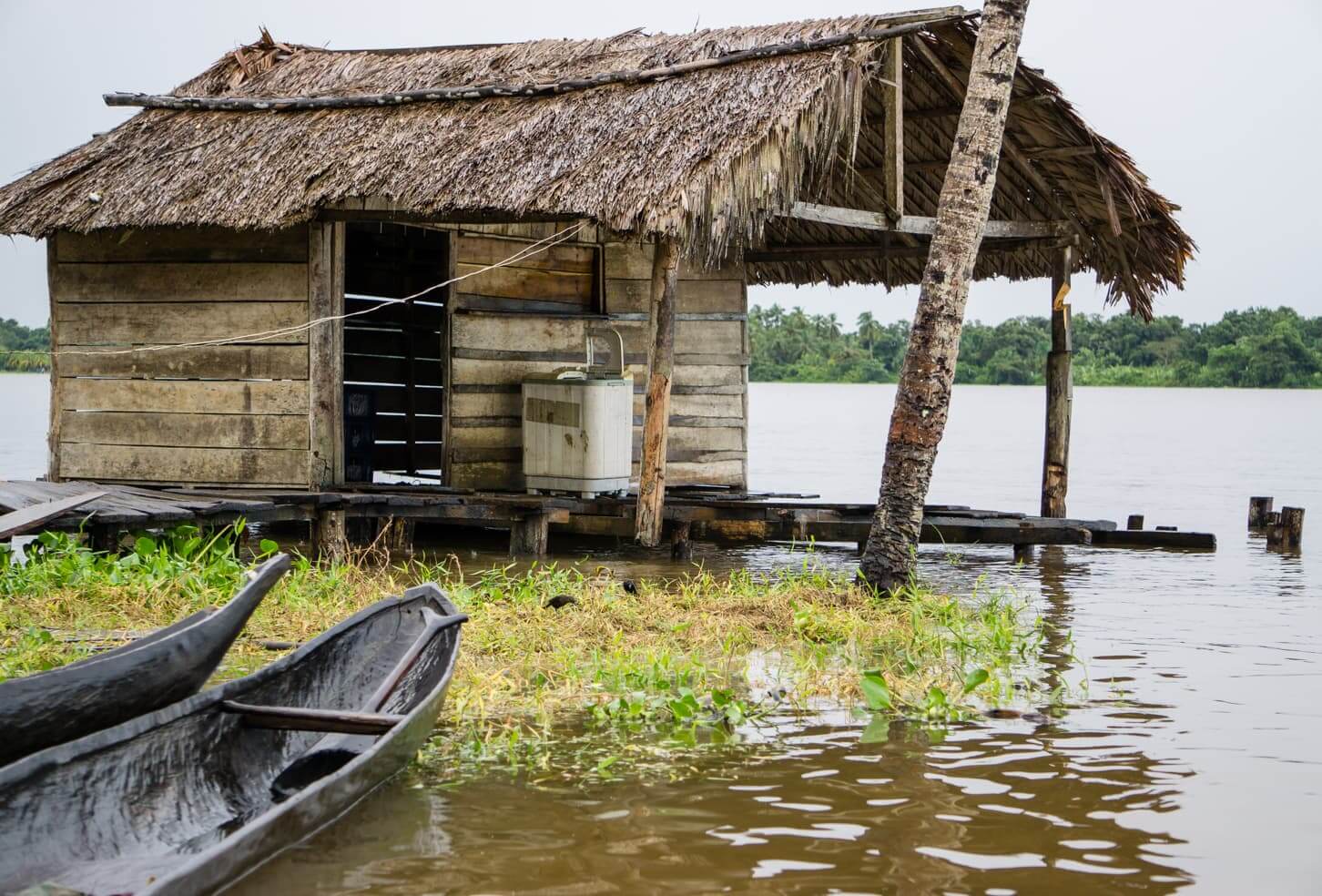 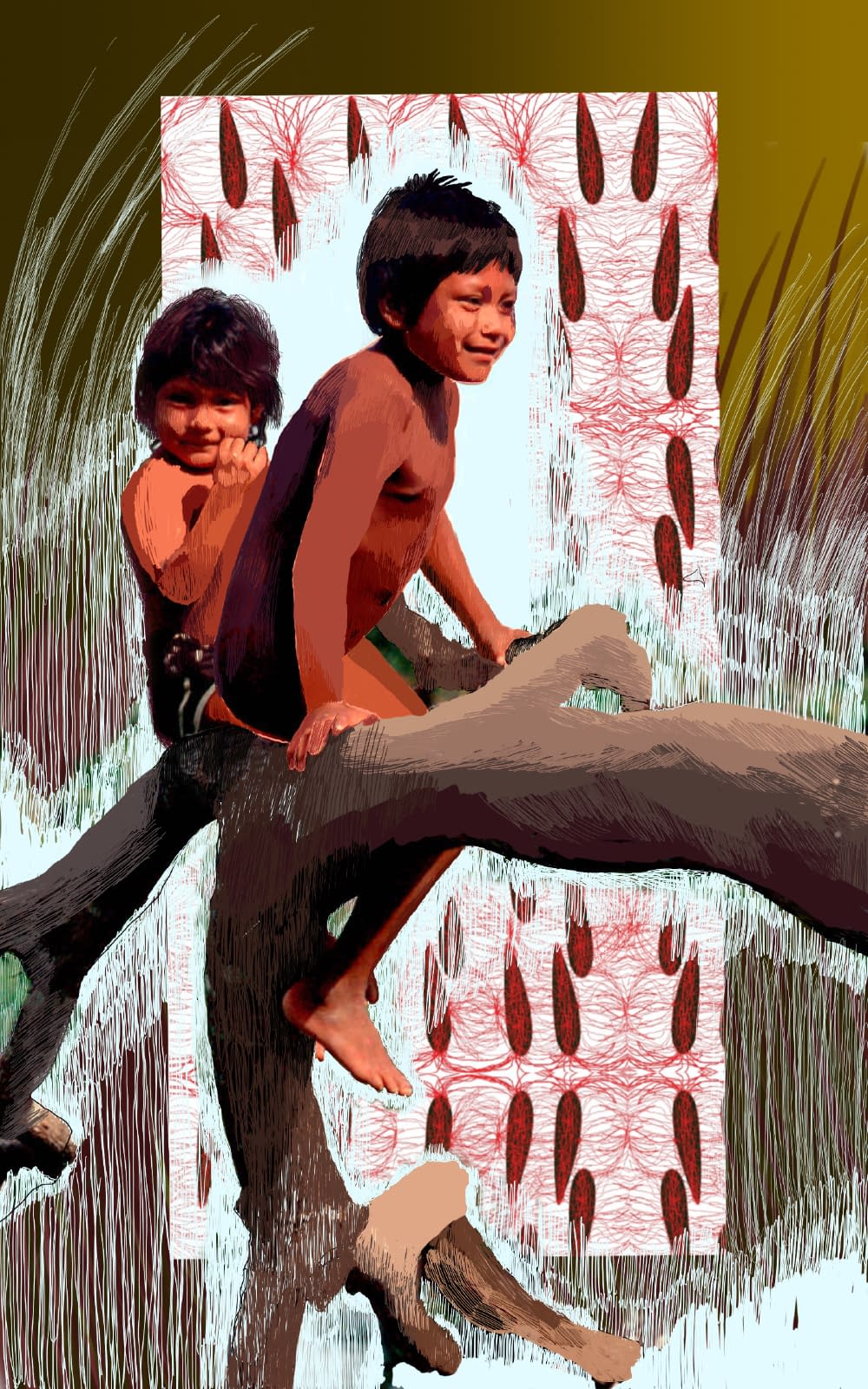 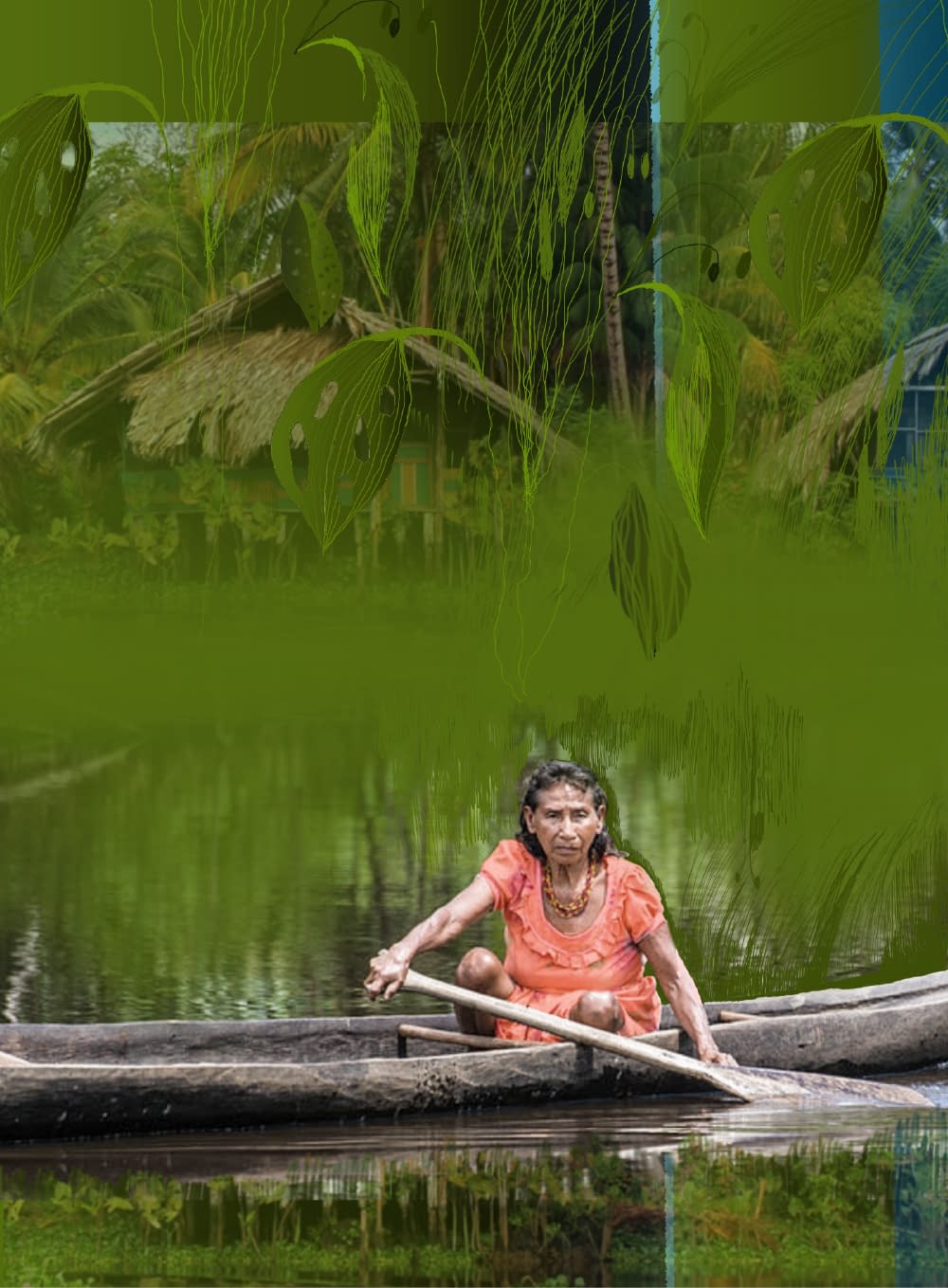